HomeNationalSpace Bound: Kazakhstan Looks to the Next Fro...

Space Bound: Kazakhstan Looks to the Next Frontier 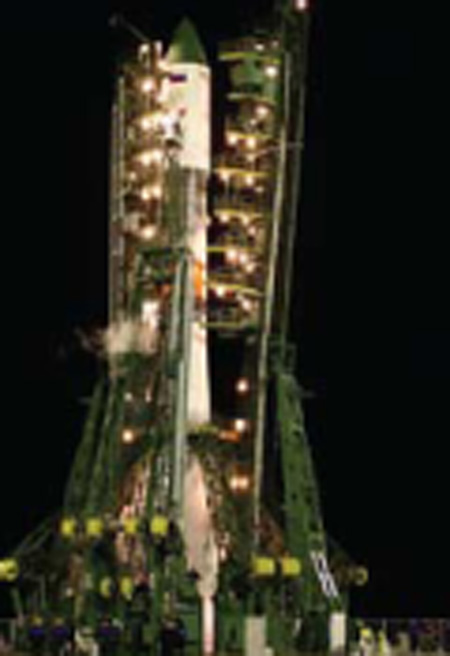 Kazakhstan is the land of exploration and explorers. Its vast Asian steppe served for centuries as a hub along the Silk Road on which caravans of traders set out to seek new trade.

Roaming nomadic tribes from the ancient steppe are also now scientifically proven to be the first to domesticate the horse for use by man. The tribes then used the animal to explore previously unknown territories of the vast grassland sea.

So it’s fitting that Kazakhstan isn’t content to simply facilitate the exploration of others, but is training its own explorers to once again head into the great unknown.
Kazakhstan’s relationship with space began years ago with the construction in the 1950s by the Soviet Union of what was then the world’s first space launch facility and what remains today the planet’s largest and most active space launching center. The center is known as the Baikonur Cosmodrome and it was built roughly 125 miles into Kazakhstan’s desert steppe.
The first human being in space, Yuri Gagarin was launched from the Baikonur Cosmodrome in April 1961. He was followed two years later by Valentina Tereshkova who was also launched from Baikonur and became the first woman in space. And today, with the retirement of the Unites States Space Shuttle Program, Baikonur remains the only launch site used to send men and machines to the International Space Station.

With that history, it’s no surprise that Kazakhstan is training its own citizens to head into space, Kazakh Cosmonaut and graduate of Kazakhstan’s cosmonaut training program Aidyn Aimbetov told EdgeKz Magazine. 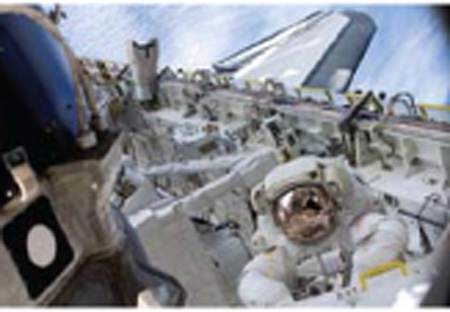 Aimbetov is among the select few Kazakhs who have been chosen for and who have completed the mentally and physically challenging program. “Our space training is intended to give the cosmonaut candidate knowledge, skills, abilities and qualities that form the basis of becoming a professional astronaut. During this training, would-be astronauts form a deep and lasting knowledge of the sciences that form the basis of space,” he said.

Program participants must also master elements such as the theory of flight, managing control systems, space navigation basics, and the elements of the launch vehicles and facilities themselves. The potential cosmonauts also learn how to train the crews that will accompany them into space. Candidates practice on-land simulations of the various tasks they would perform in space, including emergency situations. They also perform on the ground the scientific experiments they would be carrying out in space.

But, Aimbetov says, the training goes far beyond just how to navigate a craft and eat while floating in a capsule. Astronauts are on their own in space so they must have training across a broad spectrum of subjects, both practical and esoteric. “It starts with space navigation and finishes with medicine. After all, you can’t call an ambulance in space,” he said, adding that it took him roughly six years to complete all of his training. 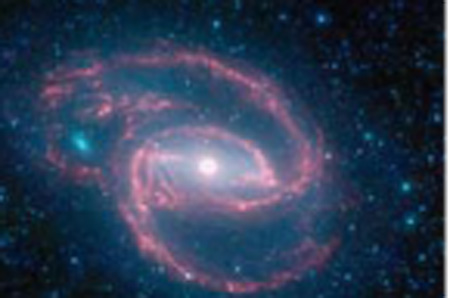 Physical training is also important and geared toward working in a weightless environment. “For the cosmonauts there are many ways to be physically challenged,” he said. “But the most important (conditioning element necessary) to work in gravity free environments is cardiovascular system conditioning.”

Development of Kazakhstan’s cosmonaut program, Aimbetov says, is key to the country’s future not only in terms of economic development but also scientific advancement. “The flight of a Kazakh cosmonaut and the implementation of a scientific program will produce scientific research… geared toward the development of new equipment and technology at an absolutely new level,” he said, adding that Kazakh space flights could also help spur investment in Kazakhstan’s broader space program.

Kazakhstan sent its first cosmonaut, Tokhtar Aubakirov, into space in 1991, but the country’s established space program 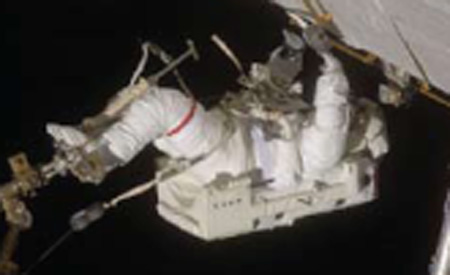 remains in its infancy and any graduates of the current cosmonaut program will have to catch rides on other countries’ missions for a long time, the Chairman of the Kazakhstan National Space Agency, Talgat Mussabayev, said in December. Mussabayev, who flew into space himself several times with Russian missions to the ISS, made his comments while meeting with U.S. National Air and Space Association (NASA) officials about getting a Kazakh cosmonaut aboard a U.S. mission.

Kazakhstan has no plans to launch its own manned craft into space and it could be decades before it is ready to do so, Mussabayev said, adding that only Russia, the U.S. and China can currently afford to fund manned spacecraft. But Kazakhstan is taking what steps it can. Also in December, the Kazakhstan government passed legislation making it easier for the government to choose candidates for flights and providing more control over the use of country’s space facilities.

Aimbetov has not yet been on a space mission, but was trained to repair the systems of the International Space Station and of the craft that carry astronauts to and from the station. But, he says, he has wanted to go into space ever since a single night as a child when he saw a shooting star flare across the sky. And though Aimbetov hasn’t gotten there yet, Kazakhstan is working to make it easier for the country’s next generation of adventurers to explore the vast Steppe in the sky.