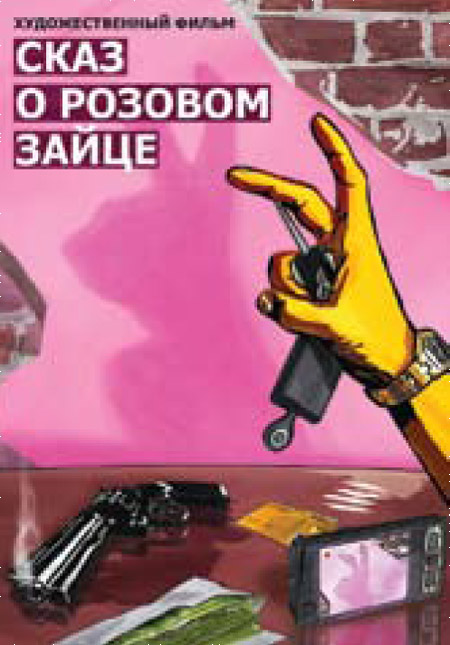 Now is a unique time in the history of Kazakhstan and for the first generation of Kazakh youth to come of age in an independent country.

Young Kazakhs today have educational, social and professional opportunities open to them that were unthinkable to their parents under the Soviet Union. A recent Kazakh college graduate can now get on the internet and blog about their lives or see how the rest of the world lives. They can study in New York or Paris. Or they can stay in Kazakhstan and start their own businesses in the country’s emerging capitalist society.

But with these new opportunities come new temptations and new risks. And with no previous generation to show them the way into this new world, Kazakh youth are left to navigate these complex changes on their own.

That may be the one reason a recent film which captures well this moment in time in Kazakhstan has become the highest grossing domestic film in Kazakh history and has been well received at festivals around the world. “I really liked the movie as I’ve watched it for 4 or 5 times,” 23-year-old Makpal Shomenova of the Bolashak Center for International Programs in Astana told EdgeKz. “I was satisfied by the whole idea of the film. The film touches on the lives of not only Kazakh youth, but also the plot of the film is up-to-date for the youth of the whole world.”

The Tale of the Pink Bunny is a dark story written and directed by one of Kazakhstan’s young directors, Farkhat Sharipov, and was first released in 2010. It tells the timeless story of a small town boy who leaves his village in search of success in the big city. In the case of the Tale of the Pink Bunny, the main character Erlan, leaves his family to study in the city. There he meets and befriends society’s new gilded youth. But he has money troubles and is offered a lot of money if he can find someone willing to go to jail for someone else. It is through this story that he navigates change, temptation and ultimately loses his innocence.

The movie seems a uniquely apt metaphor for a Kazakh youth culture facing their own influences, temptations and consequences. “They try to set up their lives in a magic manner only believing in the power of money, not more than that,” Sharipov told EdgeKz. “I think they differ from older generations quite a lot, as in the rest of the world… especially in attempting to black out a huge layer of Soviet culture (that) has broken many lives of older generations.”

But, says Sharipov, he didn’t want to make a simple movie about right and wrong, but rather to show the difficulty and complexity of coming of age. “I think the main idea was to show that everything in life is trifles except the life itself that Zhan (another character in the film) so foolishly lost. But I wanted my movie to be complex and to contain many messages and meanings,” he said.

He is also quick to point out that Pink Bunny isn’t just a movie about Kazakhstan. “A good movie does not have a nationality,” he says.
Sharipov added that youth around the world have often a difficult time finding their place. “Many (young people) are distressed for their motherland’s destiny, but for some reason they don’t believe that its destiny is in their own hands, and mostly they feel the mass weakness that I cannot understand and just drift with the stream,” he said. “I’m not talking about global reforms: I’m only talking about some apathy within the public and social lives of people.” 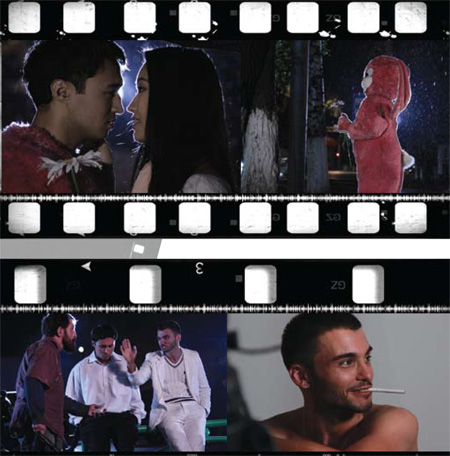 Not all young Kazakhs agree, however. Aliya Akhmedova, a 24-year-old government worker in Astana told EdgeKz she doesn’t believe things are as dark for her generation as some parts of the movie depict. “I think the world is not as bad as it is shown in this film. It is necessary to believe in people and encourage them to have positive emotions,” she said.

The complexity of the film is even reflected in its name. Sharipov choose the name Pink Bunny because a big pink bunny would normally be looked on as something positive without showing the reality behind the costume. “(Pink Bunny) is an image that just occurred to me. A bunny is a small creature that is doomed to hiding in order not to be eaten by predators. But a huge pink bunny is like a mask or a world image that is looked at by people through rose-colored glasses,” he said.

Sharipov also told EdgeKz that he is concerned about Kazakh youth today because they are becoming more and more influenced by the Western culture they see on the internet and in movies, which shows only a narrow, distorted view of the West. “It’s not usually truthful information from the Internet. So a youth’s outlook towards things is very narrow,” he told EdgeKz.

The director, himself only 29, was able to draw on a broad array of experiences in creating the story. Sharipov is a product of the big city. He was born and raised in Almaty, Kazakhstan’s largest metropolis and main business center. He is a graduate of the Los Angeles branch of the highly respected New York Film Academy and made his name as a young rising star with shorts, especially his graduate movie, Happy and Unhappy.

Sharipov believes his time in the U.S. and Los Angeles gave him insights into the shared experiences of his fellow young Kazakhs in feeling the effects of the impact of Western culture. And though Sharipov believes this story could be about youth anywhere, his roots and directorial influences are rooted in his home country. “I have no other experience than in Kazakhstan,” he said. “I think all directors’ and movie-makers’ in general work is based on their life experience,” he said.

Sharipov’s movie also reflects the influence of the great Japanese movie master Akira Kurosawa in his 1940s-50s classics about post-war Japan; a successful, rapidly prospering society where people struggled to regain, or were bewildered by the loss of cherished traditional values. And it is reminiscent of the “New Wave” that transformed British cinema in the 1950s and early 1960s. Pink Bunny is a carefully observed social morality tale that contrasts the lasting vital role of eternal values with the petty vanities of ego and ambition that chart human destiny.

The story is one of the oldest in world culture, but in Sharipov’s hands it becomes a gripping window on a dynamic, rapidly growing society. The widely-read, New York City-based Huffington Post blog responded to it by proclaiming “’Move Over Borat, Kazakh Film-Makers Take Control of National Image.”
As with many artists, Sharipov would prefer viewers form their own impressions concerning the degree to which the movie reflects today’s Kazakh youth. “You are to judge,” he told EdgeKz.

But with today’s Kazakh youth coming of age in a time of new opportunities, influences and temptations, Pink Bunny seems a fitting allegory for a unique time in Kazakhstan’s young history.