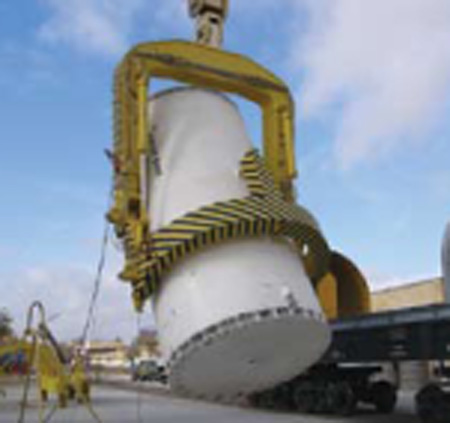 Nuclear power is a good thing. It provides an alternative energy source for many countries and, depending on your definition, is eco-friendly. The only problem is the stuff used to fuel it could also cause a global security catastrophe if it falls into the wrong hands.

So the dilemma is how to enjoy the good parts while reducing the risk of being affected by the bad parts. Answer: A nuclear fuel bank.

A nuclear fuel bank, one of the currently discussed mechanisms to ensure the safety of an international nuclear fuel cycle, would essentially be an ultimate guarantee for countries to get the low enriched uranium they need for nuclear power from a centralized international source, in case they are unable to procure such fuel in an open market. According to the proponents of the idea, this bank will then offer an additional guarantee for countries developing nuclear energy for peaceful purposes.

The idea of such an international nuclear fuel bank, or INFB, has been on the radar screen of the International Atomic Agency in Vienna, Austria since it was first proposed by the Washington-based Nuclear Threat Initiative (NTI) in 2006. Since then, diplomats and experts from across the globe have been working to develop a mechanism that would guarantee safe access for countries to nuclear fuel.

Kazakhstan has been a leader in this effort and has offered to host the bank. The country’s history, global relationships and leadership on the issue of nuclear safety make it uniquely suited to host the bank. The country was the first nation in history to voluntarily and unilaterally eliminate its nuclear arsenal and shut down the nuclear test site. The arsenal was inherited from the Soviet Union and was, at the time, the fourth largest stockpile of nuclear weapons in the world. It was larger than the nuclear weapons systems of Britain, France and China combined.

Kazakhstan is also a tolerant Muslim-majority secular nation with flourishing Christian and Jewish communities. It enjoys excellent relations with the United States and Russia, Europe and China, India, Iran, the major Arab nations and Israel. It has an unblemished record on nuclear safety and security. And it’s located at the heart of the Eurasian land mass as a bridge between North and South, East and West. 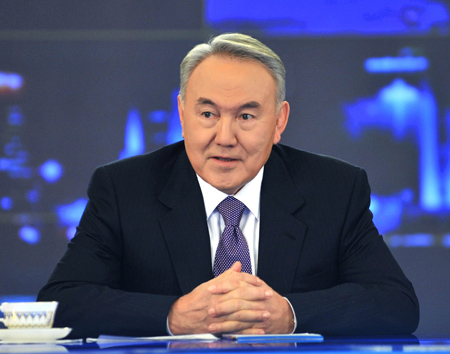 “As the world’s largest producer of uranium ore, Kazakhstan is ideally placed to host the first international nuclear fuel bank. The bank, which would be run under the auspices of the IAEA, could provide uranium fuel to enable states to power civilian nuclear reactors without having to bear the risk of not being able to procure uranium at open markets. All countries which meet IAEA conditions would be able to access the bank,” President Nursultan Nazarbayev wrote in an op-ed published in The International Herald Tribune on March 26, 2012.

Kazakhstan’s Foreign Minister Yerzhan Kazykhanov has struck a similar optimistic note. He believes Kazakhstan’s consultations with the IAEA on the future fuel bank’s location can be completed this spring. And in an interview with The Wall Street Journal published February 7, Kazykhanov said the government then hopes to bring the facility online by late 2013.

Nuclear power isn’t going anywhere and it’s a viable alternative for many countries. And Kazakhstan is on the forefront of a new way to go nuclear.