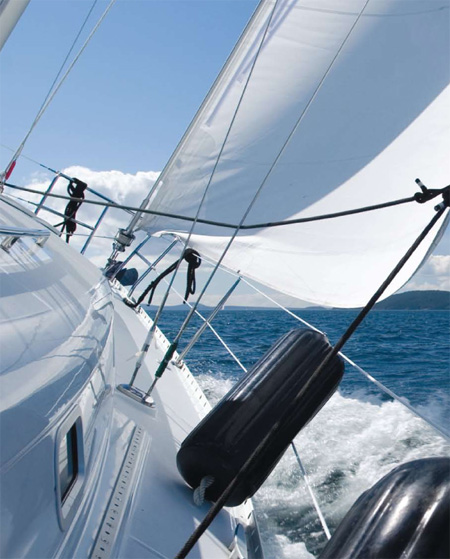 Kazakhstan is the world’s largest landlocked country and is located in the heart of the great Eurasian landmass. Since national independence, the country’s leaders have sought to make it a bridge linking cultures East and West, North and South. So it’s not surprising that the Kazakh Geographical Society would launch an international project to bring knowledge of Kazakhstan to the wider world. But few would have guessed they would use the ocean to do it.
But when biker, adventurer and Kazakh Geographical Society President Dmitry Petrukhin realized no landlocked Eurasian nation had sponsored an around the world ocean passage before, that was good enough reason for him. “The uniqueness of the “Terra Vita (Living World)” project was that no one had ever before conceived of originating an around-the-world maritime expedition from the center of Eurasia,” he told EdgeKz Magazine. “Also, Kazakhstan organized the project entirely by itself without the help of foreign experts and investors.”

Little did the organizers know, however, they would face more than just rough seas and that the trip would take more than five years to complete.

The Terra Vita voyage began on September 25, 2007 at the port of Aktau on the Caspian Sea. The early route took the yacht Chokan Valikhanov through the Volga-Don canal, Black and Mediterranean seas and then across the Atlantic to the Caribbean island of Barbados. “Everything went according to plan, but the outbreak of a protracted global economic crisis suddenly interrupted the voyage in August 2008,” Petrukhin said. “At that time, the yacht was in the port of Bas du Fort near the island of Guadeloupe. It was later transferred to the dock on the island of Antigua.”

The dream of carrying out a complete three-year circumnavigation of the globe was forgotten and chances of reviving the projected seemed slim. But Petrukhin won the support of Timur Kulibayev, the Chairman of the Presidium of the National Economic Chamber of Kazakhstan ‘Atemeken Union’. And in 2011, a different yacht was equipped  and the dream was alive again.Petrukhin and his crew set sail again in the new yacht Shokan Ualikhanov and navigated through the Panama Canal to Ecuador. On September 25, 2011, the ship set sail from the port city of Guayaquil, Ecuador. Then it crossed the Pacific Ocean, visiting the islands of French Polynesia, the Cook Islands and Papua New Guinea. Next, the Shokan Ualikhanov explored the Philippines archipelago, sailed through the islands of Indonesia and on February 12, 2012 it reached the shores of Malaysia.

“Wherever we went, we attracted a lot of publicity. In every port, it seemed the local media interviewed us and wrote about us,” he said. “And how could it be otherwise? Kazakhstan is far from the oceans and the seas, and there we were, the most unexpected band of sailors!”  The crew stocked up ahead of time with a lot of souvenirs, books and films about Kazakhstan to inform those they met along the way. Petrukhin said he was guided by the philosophy that it is “Better to see once than hear a hundred times.”

Along the Pacific archipelagoes, Petrukhin said, it was unlikely that many people had heard of Kazakhstan before the yacht came to port, “But in Indonesia, Malaysia, Singapore and Bangladesh, we discovered that people already knew a lot about our country, thanks to the 2011 Asian Games that were held in Almaty and Astana.” 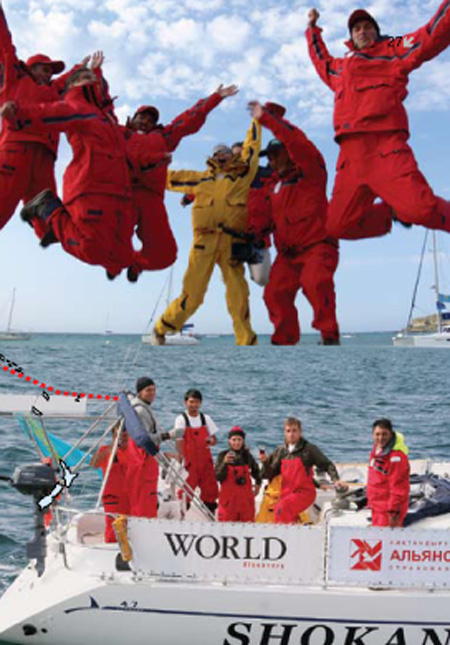 In making their journey, the captain and crew of the Shokan Ualikhanov faced numerous challenges. The team, for example, had to navigate the yacht around Borneo, Java and Sumatra. The Malacca Strait between Sumatra and Malaysia is one of the busiest waterways in the world and is filled with thousands of ships and fishing boats. “It was a difficult test, but our captain, Alexander Lavrinov and his crew passed it with flying colours,” Petrukhin recalled. 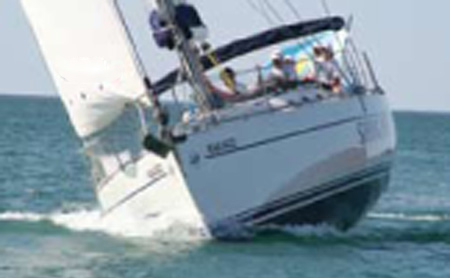 But few around-the-world adventures can pass without some mishaps. On one occasion, police in Tahiti mistook the noise of a boisterous party on the yacht as indication of illegal drug activity. Their suspicions were unfounded, but the crew was forced to stay on the island for a week while it was all sorted out. Battling the elements on the long Pacific crossing was also quite difficult, he said. But “every time we reached new land or entered a new part of the ocean, we felt the rush of travelers experiencing new forces.”

And the hardships bred camaraderie among the crew. “This strange, bracing life in the vast wilderness of the sea when six brave sailors remained alone facing the unbridled power of the elements became familiar to them every day.” The crew also found time to fish, study marine flora and fauna and acquaint themselves with the traditions and customs of the exotic lands they visited, Petrukhin said.

But the crew always put its main goal first — to bring Kazakhstan’s message of peace and cooperation between different peoples and cultures to the lands they visited. “The people of distant countries, whenever they met Kazakh sailors first-hand, learned about our country with its rich, unique history, culture and traditions,” Petrukhin said. “They were reminded – and so were we – that the world is so big, beautiful and hospitable, and that different peoples can learn to appreciate this variety… A country that is open around the world, which demonstrates to the world its achievements, cannot but arouse a sense of respect and admiration in other nations,” he said.
The circumnavigation had not finished at the time of publication. The expedition in spring would be visiting the island of Phuket off Thailand. Then it will cross the Andaman Sea to Sri Lanka. Finally, it will head to the port city of Abu Dhabi in the United Arab Emirates and finish the great adventure there. Abu Dhabi is on the same line of longitude as Aktau, so the circumnavigation will be complete.

But, Petrukhin says, the mission’s goal of spreading Kazakh culture around the globe has already been a success.