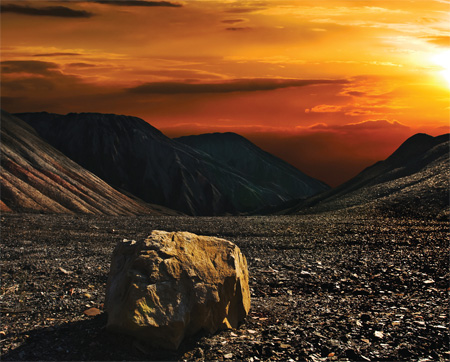 Rare earths are hard-to-find elements and minerals essential to the production of the high-tech gadgets that drive the world’s economy. And Kazakhstan is soaring up the league of producers to become one of the most important rare earth suppliers in the world.

The term “rare earths” refers to 17 chemically similar elements which are vital to the production of items such as cell phones, laptops, televisions, hybrid cars, DVD’s and rechargeable batteries. These unique minerals appear to be concentrated in their geological distribution in the heart of north-Central Asia. That makes the neighbors of western China – Kazakhstan and Kyrgyzstan – the prime locations to look for them.

For years, China had effectively monopolized world supply producing more than 90 percent of the rare earths sold annually. But China’s rapid industrial expansion and high-tech progress is now swallowing up most of that production. In July 2010, China rocked the world market by announcing it was withholding nearly three-quarters of its previously announced export quota of rare earths to meet its domestic requirements. The quota figures were slashed by 72 percent. As a result, in the second half of 2010 alone global rare earth prices soared 700 percent. Corporations such as Glencore International AG, Stans Energy Corp. and Greenland Minerals & Energy Ltd., then led the rush to prospect and open new rare earth mines, or reopen old ones. Prices have since dropped, however, as new supplies began to emerge.

But with the supply and production so dependent on China, the world’s rare earths miners are seeking sources outside China, such as Kazakhstan. Rare earths can be produced from uranium tailings, which means countries rich in uranium, such as Kazakhstan, are the most likely places to find them. Kazakhstan is the largest uranium producer and exporter in the world, and as the globe’s ninth largest country there are plenty of new places to look for rare earths.

All of this has led in the past year to major co-production agreements with leading companies in Japan, Germany and France to develop rare earths in Kazakhstan. Japanese Trade and Industry Minister Yukio Edano closed a major deal with Kazakhstan in May to build a major rare earths production factory at Stepnogorsk in northern Kazakhstan to turn out dysprosium, a vital rare earth needed to make motors for electric and hybrid vehicles among other uses. 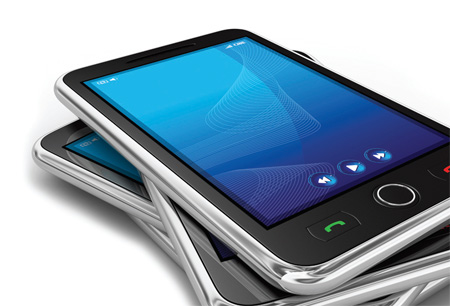 The giant Sumitomo Corp, Japan Oil, Gas and Metals National Corp and Kazatoprom are the three partners in the undertaking which will provide Japan with more than 10 percent of its annual dysprosium requirements. “We think that there is a very good investment climate in this country and that consequently Japanese companies can make long term investments here,” Yerzhan Ishanov, business development manager for Central Eurasia for Sumitomo Corporation, told EdgeKz.

Work on completing the new facility is expected to move quickly. It is scheduled to start production as early as this summer to produce 30 tonnes (metric tons) of dysprosium to be exported to Japan before the end of this year. In 2013, a total production volume of over 50 tonnes is planned. Japan’s industries need 500 tonnes to 600 tonnes of dysprosium per year. This is good news for Sumitomo and the Kazakhs. They hope within 18 months to two years to mine up to 1,100 tons of rare earth concentrates per year for Japanese customers. Supplies could even soar to a massive 10,000-15,000 tons by 2014-2015, according to some estimates. That would be the equivalent of 10 percent of the entire world’s annual demand today. And global demand is anticipated to almost double to an estimated 225,000 tons by 2015.

Kazakhstan is likely to coordinate its rare earths production with China and Russia. Kazakhstan formed a new Customs Union with Russia and Belarus in 2010. And Kazakhstan looks likely to coordinate its rare earth exports to the global market with Beijing. China is likely to welcome the Kazakh increase in production as a way to ease international complaints about their export cutbacks. The Kazakh move will also create a new supply that the Chinese can look to in the event of shortfalls in their own production.

With all of these factors converging at once, Kazakhstan seems poised for a major move upward among the world’s rare earths suppliers.

Germany and France, the two main Eurozone economies, have signed agreements with Kazakhstan over the past year to secure their main sources of rare earth metals for high tech industries for decades to come.

On February 8, President Nursultan Nazarbayev on a state visit to Berlin approved a strategic partnership with Germany. He and Chancellor Angela Merkel also approved an agreement allowing German companies to prospect for and develop rare earth resources and other minerals. The agreement was part of a web of 50 accords worth almost $4 billion or 3 billion euros.
The deal came as Kazakhstan’s trade relations with Germany, already sound, were growing even closer. In 2011, the volume of bilateral trade rose by 20 percent to more than $8.5 billion or 6.3 billion euros. The Federation of German Industries hailed the agreement as a milestone. “The companies in Kazakhstan have a strong interest in German technology, and German manufacturers seek to grow cooperation in the area of raw materials,” Ulrich Grillo, who runs the FGI’s committee for natural resources, told the New York Times. In September 2011, Germany closed a similar deal with Mongolia, which is also believed to contain major rare earth deposits. 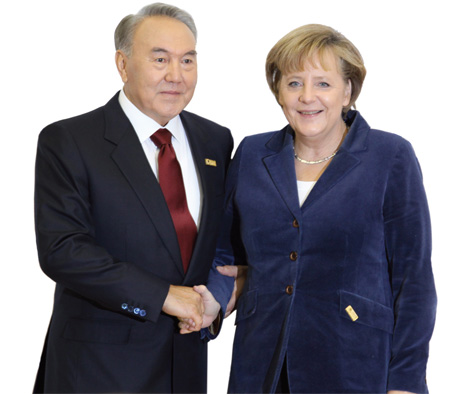 France, Germany’s main European Union and Eurozone partner, has also partnered with Kazakhstan to secure rare earths for France’s high tech industries in the decades to come. In September 2011, France and Kazakhstan concluded an agreement on rare earths mining and development during President Nazarbayev’s state visit to Paris. Here too, the deal was part of a broader set of cooperation agreements that were reached on energy, aviation and industrial development. Indeed, France’s investment in the Central Asian nation exceeds even that of Germany, Italy and Britain.

The agreement extends beyond prospecting and mining. It also covers plans for research on where rare earths resources are likely to be found. The Kazakh and French sides also agreed to conduct joint research to improve production technology related to processing these precious metals. The ground had already been prepared for the new rare earths agreement between Kazakhstan and France by the success of two other equally ambitious joint ventures between the two countries: The strategic partnership in uranium mining between Kazatomprom and the French Areva company, and in the oil and gas sector between KazMunaiGas (KMG) and the French oil major.

These significant deals confirm the commitments of France and Germany to look to Kazakhstan for their main rare earths requirements for decades to come. And as these two countries are the economic and high tech industrial powerhouses of the European Union, they also mark a major milestone in the growing integration of Kazakhstan with Europe.

Japan’s giant Sumitomo Corporation has invested in a big way in Kazakhstan, Yerzhan Ishanov, the company’s Business Development Manager for Central Eurasia, told EdgeKz. “We are working with a relatively large number of Kazakhstan companies, mainly in chemical, mineral, telecommunication, power infrastructure, oil and gas and others fields,” Ishanov said. “We think that there is a very good investment climate in this country and that consequently Japanese companies can make long term investments here.”

Ishanov also expressed confidence about the profitability of a new rare earths venture. “Of course, we expect the SARECO (Summit Atom Rare Earth Company) joint venture with our Kazakhstan partners will be profitable enough – otherwise there would be no meaning to establish such a company,” he said. “We are not able to disclose what our current profitability and revenue projections are, but we have no doubt that the profit margins will prove satisfactory for the shareholders both of our corporation and our partners.”

Ishanov said he expects the scale of the rare earths mining venture to grow rapidly in the next few years. “The current design capacity is 1,500 tons of rare earth per year, but we are going to double our capacity within the next five to six years. And if the market situation will allow us to expand the project further, why not? We are ready,” he said.

Japan is going to need a guaranteed supply of heavy rare earth metals for the foreseeable future, Ishanov told EdgeKz. “The Japanese market is the biggest in the world for rare earth consumption and a lot of high tech industries need rare earths,” he said. “These include hybrid and electric vehicles, mobile phones, PCs, hard disk drives, catalysts, LCDs and many others.

“Currently China produces approximately 95 percent of all annual rare earths from across the world and therefore the whole world depends upon China for its supply of them,” Ishanov said. “But every year, domestic consumption of rare earths in China is increasing and the amount of them available for the export market to global customers is decreasing accordingly.”

Ishanov also cautioned that many of the new rare earth mining ventures around the world would be unable to fill the gap left by China’s reduction of its exports. “It is true that new comers are expecting to be bringing new production on the market soon, but mainly they will only be able to bring on to the market light rare earth metals,” he said. “However, the biggest demand is for heavy rare earth metals.”

Sumitomo already has extensive experience in the implementation of large-scale projects in Kazakhstan. It has operated the APPAK Joint Venture in southern Kazakhstan since 2006 in partnership with Kazatomprom and the Kansai Electric Power Co. to develop the resources of the Mynkuduk uranium deposit. Its SARECO rare earths partnership was initiated on the orders of President Nursultan Nazarbayev after his visit to Japan in 2008. Kazatomprom, the national nuclear corporation of Kazakhstan, has 51 percent of the control of the company and Sumitomo Corporation has 49 percent.

“The main reason why the Kazakhstan side selected Sumitomo is our huge experience on the rare earth market including our sales network and our web of direct contacts with the end users,” Ishanov said. “Our company also enjoys one of the biggest shares of the Japanese rare earth market.” 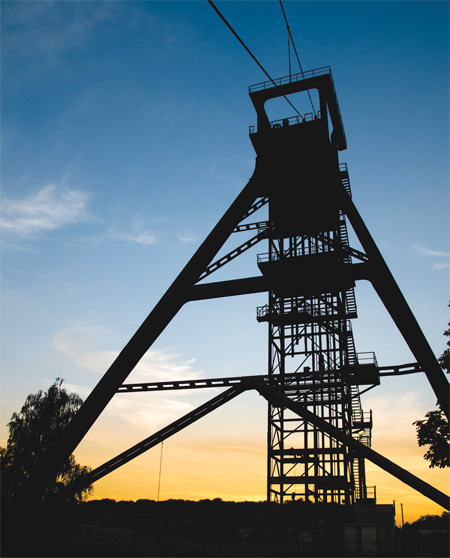 Rare earths are critical to the manufacture of many high-tech items, but getting them from the ground to your laptop isn’t easy.
Rare earths, as their name implies, are usually scattered around the world in such tiny quantities and low concentrations that mining them is very difficult and exorbitantly expensive. The most important current supply of yttrium – one of the key rare earth components – in the world is found in the ion adsorption clay ores of Southern China. Kazakhstan is also believed to be a potential source.

Once found and pulled from the ground, it is also extremely difficult to separate rare earths from each other and the other elements in which they are found. They are also often radioactive, and the disposal of the contaminated water from extracting them has angered environmentalists. However, China – the most dominant player in the rare earth industry – has recently begun to be more environmentally conscious in its processing of rare earths.

A new method is also being tried in California by Molycorp at its Mountain Pass mine in which the mining processes saves and recycles the hydrochloric acid and contaminated water. This cuts out the need to maintain environmentally dangerous waste ponds and lowers the costs of purchasing the chemicals needed in the extraction processes. Many in the rare earth industry say Kazakhstan is poised to become a dominant global provider. It will be interesting to watch how they overcome the obstacles to producing these vital bits for our high-tech world.