The endless, rolling Eurasian steppe has shaped the identity of the Kazakh people. Just as the British look to the sea, the Americans to their fabled Western frontier and the Arabs of the Arabian Peninsula to the desert, the Kazakhs remain entranced by their fabled grass ocean. It continues to inspire and guide them today.

The Kazakh people learned their reverence for the wonders of nature from the steppe. But they also learned that nature is powerful and extreme. They had to learn to adapt to the extremes of heat in the summer and some of the coldest temperatures on earth in winter.

The steppe has no natural defenses. It is open, rolling grassland for thousands of miles. To survive on the steppe requires respect for the individual, but above all it requires social organization, cooperation and teamwork.

Close family ties and clan identities remain strong in Kazakh society to this day. The clan was essential to the survival of the tribal groups living on the great steppe. Hospitality to strangers became one of the most cherished values of Kazakh society. Everyone needed the help and protection of others from marauding enemies, in times of drought and famine, and most of all from the endless storms and ferocious merciless winds that blow on from the Siberian steppe through the long dark winters. 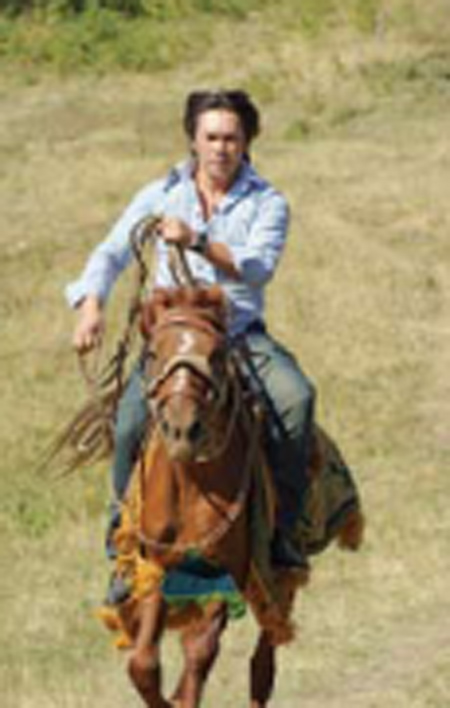 These principles of hospitality saved hundreds of thousands of lives in modern times and ensured that Kazakhstan would become the stable, tolerant, multi-racial society it has become after gaining independence.

In the 1930s, Soviet dictator Josef Stalin deported hundreds of thousands of people from every ethnic background to Central Asia. They were deported in cattle cars and literally dumped without any support in the middle of the empty steppe. Almost all of them would have died in the extreme weather conditions were it not for the generosity, hospitality and kindness of the local Kazakh people. The ties of friendship and trust created during those incredibly difficult years continue to guide the peaceful multi-ethnic, multi-racial and multi-faith society of Kazakhstan in this 21st century. Today, hundreds of thousands of people in Kazakhstan are descended from the Germans, Poles, Jews, Koreans, Chechens, and other nationalities who were deported by Stalin in those dark, far-off days only to discover a new life and future for themselves in tolerant and inclusive Kazakhstan.

The steppe also provided food. The Kazakh people herded their cattle and also took milk and meat from their horses. Today, Kazakhstan is well on its way to becoming one of the great food-producing nations of the world.  Within the next 20 years, current plans call for it to produce and export meat and grain on a scale comparable to Canada, Australia and Argentina. In a world of 7 billion people, the need for new breadbasket lands is greater than it has ever been before. The Kazakh steppe has that potential. And the Kazakh people are combining the expertise of modern farming, agro-business and science with their ancient knowledge of their own lands to realize it. It is particularly striking that land reduced by Soviet communism to starvation and the death of more than a million people from famine more than 80 years ago is now emerging as one of the most productive territories in the world.

And, according to Zardykhan Kinayatuly, a history professor at the Institute of History and Ethnography in Almaty, Kazakhstan’s growing cities also rely on the steppe for their very survival.

“Imagine the large and small cities, industrial centers without the steppe. The city breathes air from the oxygen fields, drinks (the steppe’s) water. Smog coming out of the city is cleared and absorbed by the air and winds of the steppes. Grains and vegetables are grown in fields that are not in the city. Cities and factories operate on raw materials, which are produced in the steppes, but not in the cities… The city is unthinkable without the steppe,” Kinayatuly told EdgeKz.

The Kazakh people have made great strides since achieving independence 20 years ago, but they had untold millennia of experience to help them. The nurturing steppe was not only the pantry to feed the horses and herds of the Kazakh clans; it was also the school that taught the clans the virtues and responsibilities of freedom, self-government and independence. And it guided them to learn the vital necessity of coexistence and cooperation with their neighbors, and of developing the skills of diplomacy to achieve it. Kazakhstan could have retreated into itself after gaining independence 20 years ago, as some of its neighboring nations did. Instead, it built constructive and lasting ties with surrounding nations and faraway governments such as Japan, the European Union and the United States.

An independent Kazakhstan has been able to achieve these diplomatic goals because the Kazakh people as a whole recognized their value and remember the lessons that had stood them so well for so long as the great trading and communications people of the steppe.
The steppe was always open and the Kazakh people learned the secret to surviving and prospering was to trade and cultivate good ties with the far more populous nations and civilizations that surrounded them.

The British liked to call camels the ships of the desert. And the recent archaeological research has shown that the horse was first documented in the steppes of Kazakhstan. The small, tough horses of Central Asia became the ships of the steppe. Domesticating them allowed the Kazakh people to become master herdsmen, traders and even explorers.
“We all know that horses (are) Kazakh wings. Kazakhstan without a horse is not Kazakh,” Kinayatuly.
Therefore, despite the vast empty plains in which they lived and the harshness of their climate, they never became a suspicious or insular people. This exploration, tolerance and appreciation for the cultures, beliefs and technological inventions of other lands have been Kazakhstan’s basis for success in embracing the modern technological world to the benefit of the Kazakh people in the decades since independence.

The Kazakhs have also always been a peaceful people who fought wars with renowned skill when they had to, but who preferred the ways of skillful diplomacy and relationship-building trade. The steppe taught them these values. No one could wage wars on the steppe in the depths of the unprecedented Eurasian winter and its apparently endless nights of unrelenting darkness and cold. In such an environment, survival was always a challenge on the very limits of physical possibility. Therefore, it was always clear to the clans of the Kazakh steppe that no one could ever truly win protracted wars. The infrastructure for survival would rapidly be destroyed and no participants in any serious conflict could truly win it. Everyone would die.
The implacable harshness of the winter steppe and the renewal it offered each spring is a metaphor for the reemergence of Kazakhstan following the collapse of the Soviet Union and the possibilities ahead for the country. But the poetry of the steppe has, in fact, fired the imaginations of new generations of Kazakhs for centuries.

“A lot of works born from the life of the steppes have turned into the classics of our time. (Such as) today’s Kazakh opera “Kozy Korpesh and Bayan Sulu”, Kinayatuly said.
Over the past decade, the steppe has emerged even more strongly to the forefront of the national consciousness since the capital of the country was transferred from Almaty, on the foot-slopes of the Pamir Mountains far to the south, to Astana – the shining new city on the steppe.

The master plan drawn up for the new city emphasized its mix and interaction of rural and urban, nature and industry. Far more than Almaty, Astana embodies and reflects the historical identity of the Kazakh nation as a preeminent people of the steppe. The city’s great Khan Shatyr, a spectacular shopping and entertainment center, is designed in the shape of a yurt, aerodynamically shaped to survive and endure the fierce winds and storms of the winter steppe. Nowhere in Astana, a city of more than 700,000 people, are you more than 15 minutes’ drive from the sense of freedom and unlimited boundaries of the steppe. 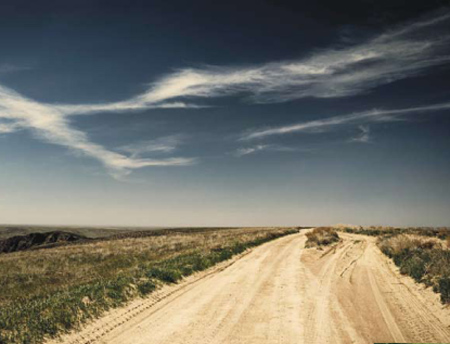 You can never forget the steppe no matter where you are in Astana – and you are not meant to: President Nursultan Nazarbayev and master architects Kisho Kurokawa from Japan and Lord Norman Foster from Britain from the very first days envisioned Astana as a city that celebrated the steppe, and that embodied in its essential nature the interaction of nature and urban life. It teaches its inhabitants to coexist with nature and that they cannot and should not defy her. It is this spirit of interacting with and harnessing the power of nature that Astana is bidding to host EXPO-2017, the 2017 global exposition, or world’s fair, with the proposed theme of “The Energy of the Future.”

Millions of Britons flock to their seaside resorts on holiday weekends and Saudis are still fascinated by their great desert. Similarly, Kazakhs still look to the steppes as the ancestral womb that nurtured them. To this day, the popular customs of religious and national holidays owe their origins to the millennia of steppe life.
It is also fitting that the Baikonur Cosmodrome, the first human gateway to the stars, should lie in the remote heart of the rolling Kazakh steppe. The sense of exploration was already inculcated in the ancestors of the Kazakh peoples thousands of years ago when they first domesticated the horse and became the great traders, explorers and communicators of the heartland steppe.

In April 1961, Yuri Gagarin in the Soviet spacecraft Vostok 1 became the first human being to explore space. Today, more than half a century after Gagarin’s epochal flight, the Baikonur Cosmodrome in Kazakhstan remains the main launch site for space exploration. All Russian cosmonauts and American astronauts who man the International Space Station are still launched from it.

The same spirit that propels humans to explore the frontiers of space today is the one that was born among the earliest, courageous explorers of the seemingly limitless steppe thousands of years ago.