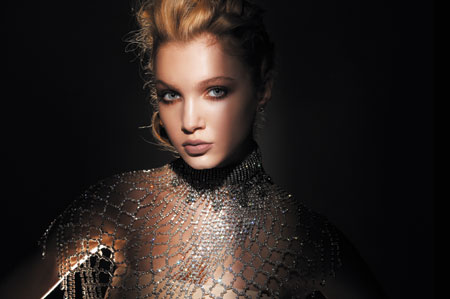 While it’s true that all models are beautiful, the public often makes other assumptions about the svelte creatures in front of the fashion cameras that just aren’t true. And one Kazakh model is out to not only achieve success on the world’s catwalks, but to break stereotypes while doing it.

“Many think that to work as a model you just need long legs, a pretty face and a little luck. Of course, luck and looks are important, but… to be successful in this business, you have to be wise, you have to know something about psychology, know how to socialise, know business etiquette, learn the traditions of the country where you’re working, learn foreign languages… No one likes dummies,” says 21-year-old Almaty-based model Diana Fedorenko.

Fedorenko actually started out with a goal to be an actress, but she was discovered by a modeling agency at the age of 17, while on a casting call for the TV programme MuzZone. She has since modeled for the Metropolitan Model Agency and worked in Kazakhstan, Japan and other international locations.

Fedorenko admits that her life is the one many young women dream about, but says there is another side to the dream. “People think that working as a model is easy and pleasant, without much to do. Just walk up and down the catwalk, pose for the camera, star in commercials and video clips, go to parties with stars, travel, and get paid a lot for it. This is the dream of a lot of girls,” Fedorenko told EdgeKz. “The other side, which includes daily workouts, going to different castings, the strict diets, cruel schedules, not enough sleep, constant work on yourself and so on, is only experienced by the models themselves.”

Life on the road, she says, also includes temptations that some young women have a difficult time managing. “A lot of models smoke even at a very young age… Worse yet is that most girls are wasting their lives at nightclubs, at constant parties… spoiling their beauty and health with alcohol and sometimes even with drugs. And the worst ever is that they don’t think about preserving their chastity,” said Fedorenko. 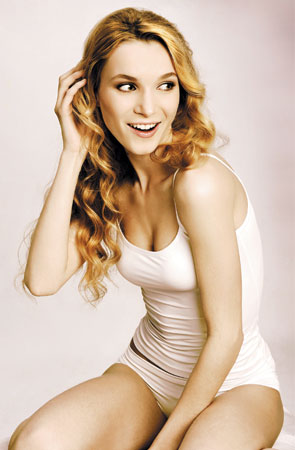 In addition to the often not-so-true assumption that modelling is glamorous, many also assume that models aren’t smart. “Most of my model acquaintances who have become successful in modelling are smart girls. A lot of them have higher educations with honours and speak several languages. One of my friends from St. Petersburg actually worked as a teacher of Russian literature. So I can’t really say that all models are stupid. On the contrary, to become a successful model one has to use one’s head.”

Fedorenko is not only using her head while navigating the world of high fashion, but wants to share the knowledge she’s gained with the next generation. “I want to continue travelling, gain experience, get more knowledge and skills, and then share it all with young models just starting out,” she said. “If I had had a mentor who could have given me good advice about the modelling business, I would have had an easier time. That is why I would like to share my experience with others who are just starting this interesting journey.”

Fedorenko is quick to point out that modelling isn’t all false assumptions and gruelling workouts. “I love video and photo shoots. I like to transform and live the roles of my characters,” she said. “I like working as a model since it helps me constantly gain new life experiences, travel, meet interesting people, learn foreign languages and encounter new cultures and countries. It’s perfect for me.”

And it is those experiences that Fedorenko says are the most valuable part of the job. “I’m not striving to be a super model,” she says. “I just want to grow and develop as a person, get to know this world, and of course to become a real professional, to obtain the highest peak of my professional skill… For me, success is getting this valuable life experience.”