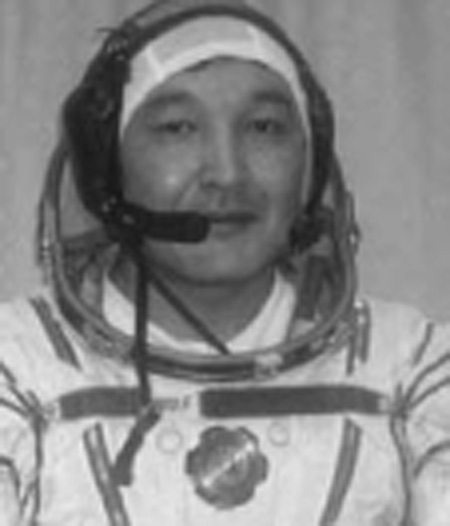 Some children want to grow up to be firemen or architects or even the president. Not Aidyn Aimbetov. He knew from the earliest age that what he wanted to do when he grew up was go into space.

In fact the 39-year old graduate of Kazakhstan’s cosmonaut training program remembers the very day when he decided he wanted to be an astronaut. “One summer night, I was lying in the newly-mowed grass with my parents looking up at the starry sky. It was wonderful and bewitching and beautiful. But suddenly the dark night sky was pierced by a fiery arrow,” Aimbetov told EdgeKz. “My father told me that it was a racing car (hurling across the sky). He also told me that space conceals many riddles and secrets, and some of them we still have to solve. Since then, I have dreamed of traveling into space.”

In a country with a long history related to space exploration, Aimbetov’s dream was and is not impossible. Kazakhstan is home to the world’s largest and most active space launch center, Baikonur, and it was the site of the launching of the first man into space in April 1961.

Aimbetov was born under the Soviet Union, but Kazakhstan gained its independence from Russia in 1991 and has since been developing its own space program.

Seizing that opportunity, Aimbetov says he geared his entire life toward becoming a Kazakh cosmonaut. “Since childhood, I participated in sports so I would be physically fit. I made sure my school grades were perfect and after graduating, I entered the military aviation academy because, at that time to become a cosmonaut, military pilots of (war-style) aircraft had the best chance,” he said. 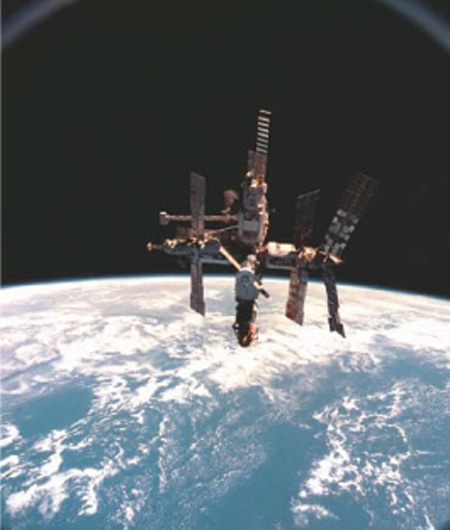 And all that effort paid off in 2003 when Aimbetov was accepted into Kazakhstan’s cosmonaut training program. It took six years of academic and physical training to graduate.

Aimbetov received broad academic training in the sciences as well as direct training in space navigation and spacecraft systems. He practiced conducting the type of scientific experiences he might complete in space and underwent continual physical training to prepare for space’s weightless environment.  Replicas of parts of the International Space Station were also produced on the ground to allow Aimbetov and others to prepare for life aboard the station.
In 2009, he graduated from the program as a cosmonaut trained to repair highly specialized equipment aboard the space station, as well as the spacecraft that transport cosmonauts to the station.

Kazakhstan’s space program remains in its infancy and only a few countries are able to afford sending their own manned spacecraft into orbit. So Kazakh astronauts must wait their turn to catch a ride on the missions of Russia, the Unites States or China.

Aimbetov is still waiting his turn. But in the meantime, he says he would like to encourage today’s young people to have the same feeling he did all those years ago.
“Many children want to become cosmonauts, but right now it’s not fashionable. It seems like an old fashion or romantic dream,” he said. So Aimbetov plans to teach and organize competitions to encourage young people.

And Aimbetov’s own personal childhood dream of unraveling space’s secrets remains alive to this day. “I hope that the honor will fall to me to execute Kazakhstan’s scientific space program aboard the International Space Station. And a flight to the Moon or Mars doesn’t sound as extreme as it did ten years ago. It is quite possible that after twenty years there will be a lunar laboratory under construction on the Moon and mankind will already be investigating the secrets of the planets of the solar system.”