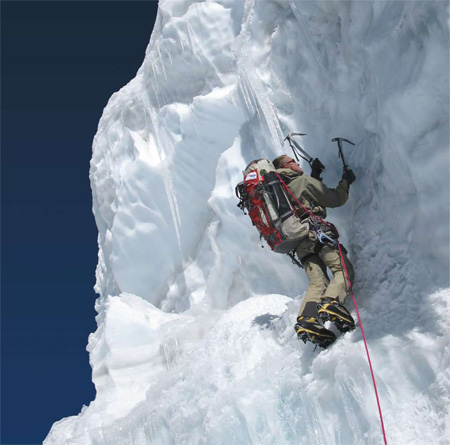 Kazakh climber Denis Urubko had faced the great peak of Gasherbrum II in the Karakorum Range of the Himalayas before. But Kazakhstan’s greatest climber had never faced it as he did in 2011. It was then that Urubko, and two other climbers, American Cory Richards and Italian Simone Moro, completed the first winter ascent of the Gasherbrum II peak, the world’s 13th highest mountain.

The scaling of the 8,035 metre (26,362 foot) peak under winter conditions is considered one of 2011’s greatest mountaineering accomplishments. It was chronicled in international climbing magazines and was the subject of the award winning documentary, Cold. It was also the first time an American, Urubko’s climbing partner Richards, had scaled a peak higher than 8,000 metres during winter.

“Life without goals and risk is empty. It’s just something inside of my heart that pushes me to take my next steps,” Urubko told EdgeKz of his reasons for attempting such climbs. “If you ask a painter why he continues to (challenge himself) he would say, ‘because of a desire to discover something new in his soul’.”

Urubko remembers, however, the doubts that crept into his mind attempting such a dangerous climb. “I felt different emotions from full despair to crazy rapture,” he wrote of the experience. But Urubko and his companions persevered and just before the summit, Urubko realized he had made it. “When I reached the highest point, I lifted my hands to the sun,” he wrote. “I waited a second, laughing. And the thought appeared like an incredible ice crystal, like blue frozen lightning: That’s all. I’m here.”

But the adventure was not over once they reached the summit. On the way down, the group ran into a massive storm with hurricane force winds and was caught in an avalanche which nearly killed them. “We were walking underneath Gasherbrum V and a massive, massive avalanche hit us, all three of us, and knocked us about 150 meters… Simone was able to get out of the snow and come dig us out… We are all very happy and lucky and I think very grateful to be alive,” Urubko’s climbing partner Richards told The North Face Journal. 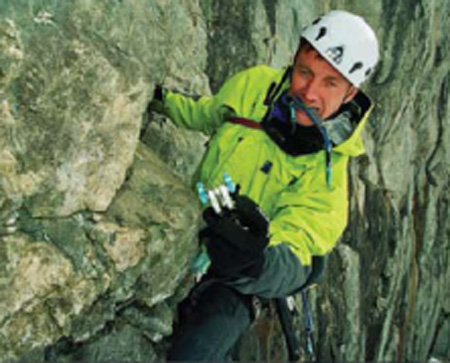 But the experience was far from the first time the internationally renowned Kazakh climber has faced danger.  In 2009, Urubko became only the 15th person in history to ascend the 14 mountains of the world that soar above 8,000 metres. And in 2009, he beat all-comers in the Elbrus Speed Climbing competition finishing almost 40 minutes ahead of his nearest rival. Today, he is internationally renowned and sponsored by such giants of the climbing world as The North Face, CAMP and Acerbis. 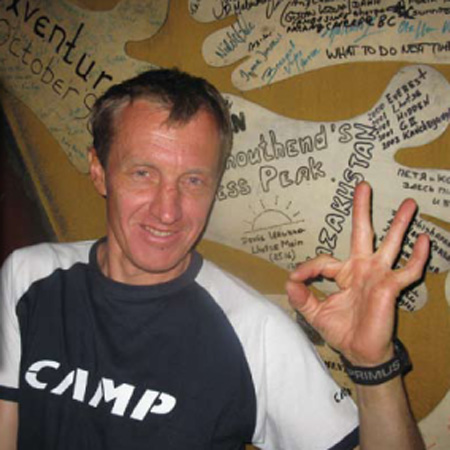 Urubko was born in 1973 into the former Soviet Union in the mountainous region of the North Caucasus of Russia, between the Black and Caspian seas. But he did not seem at first likely to become a master climber as he suffered severe childhood asthma. “My parents made the decision to move to a different region (because of my illness) and relocated to the far east of Russia,” Urubko told EdgeKz. “Maybe it saved my life, but there were low mountains, not more than 1,010 m high. And my young crazy soul was looking for adventures.”

And he found those adventures in Kazakhstan. So he moved to the country, served in its army and continued to climb the region’s highest mountains. At the age of only 26, in 1999, Urubko broke through onto the world scene. In the Snow Leopard Project of 1999, he successfully climbed all five of the 7,000-metre (almost 23,000 foot) or higher peaks of the former Soviet Union in only 42 days.

It was an achievement that put him in a class by himself among climbers in Kazakhstan. And he became a symbol of what the newly independent country could achieve. Since then his career has continued to soar. He has earned the coveted ‘Himalayan Crown’ by conquering each of the fourteen 8,000 metre (26,246 feet) summits of the world without oxygen. Urubko has also earned a reputation for pioneering never-before-climbed routes at extremely high altitudes. His triumphs in this field include a route up the South Col of Everest in 2010.

In February 2009, Urubko and his long-time climbing partner, Moro, also completed the first winter ascent of Makalu, which is 8,463 metres (27,766 feet) high and located between the Chinese and Nepal borders. Urubko made the ascent without using sherpas, or porters. The feat was praised as a true test of human endurance. 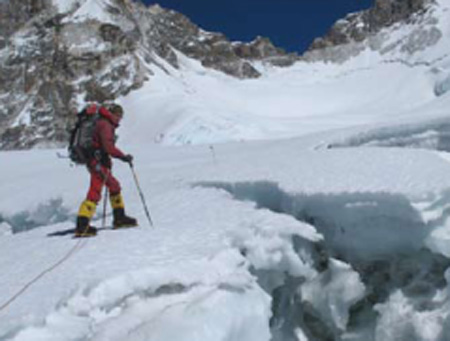 But Urubko is not just concerned with winning or getting to the top. He has also earned a reputation as a selfless climber who has sacrificed summits to help other climbers in trouble. Urubko, however, is modest about the help he has given others. “Ok, so I’ve helped (other climbers) … But it’s a duty for a normal man in life,” he told EdgeKz. “If tomorrow something happened on the street to somebody, you have to help him. So of course, for me also there is no doubt about helping (someone) in the mountains.”

Urubko, who has a wife and children, is vividly aware of the dangers he continues to face and has been affected by the deaths of fellow mountaineers over the last year. “I do not know how to explain that, how it happens,” he wrote. “But I do know that in all acts there is a share of faults by each of us – including me.”

But Urubko plans to continue climbing. And through his selfless nature and mountaineering accomplishments, he has become one of Kazakhstan’s most unique sports ambassadors.
“Is important that these (Kazakh) mountains are very close to me as a home and as a school. And my soul still seeks to soar here, above the Tian-Shan peaks.”