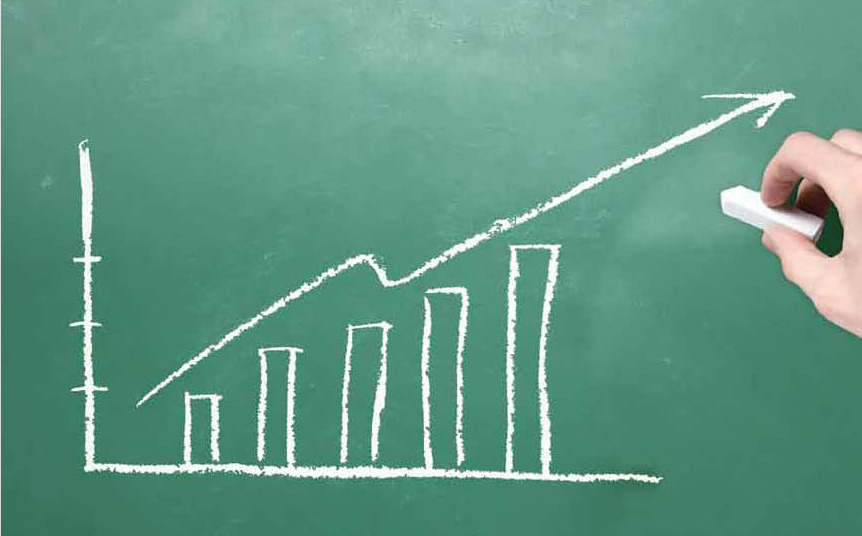 2012 has been an historic year in Kazakhstan and one which has brought a fundamental change in the workings of the Kazakh economy. In 2012, Kazakhstan initiated the first wave of People’s Initial Public Offerings (IPOs), in which some of the largest and most profitable corporations in the country went on the market.
The campaign involves the gradual public listing of up to 10 percent of the shares of the biggest and most stable state companies through 2015. KazTransOil was the first company to float its shares in November 2012. It will be followed by KEGOC, Air Astana, KazMorTransFlot, Samruk-Energo and KazTransGas in 2013. Kazakhstan Temir Zholy, KazTemirTrans, KazAtomProm and KazMunaiGas are to be listed in 2014-2015.
The aims of the programme are ambitious. Kazakhstan is already the most dominant and prosperous economy among the five former Soviet republics of Central Asia. Its annual gross domestic product (GDP) is 74 percent of the combined GDP total for the five Central Asian nations and it has attracted 85 percent of all the foreign direct investment into the region since the collapse of the Soviet Union. And upon completion of the People’s IPO campaign, it is expected that Kazakhstan will have attracted unprecedented domestic investment into the Kazakhstan Stock Exchange (KSE) in Almaty. This will make the country the most dominant investment and stock trading center for all of Central Asia.
The programme is also designed to share the wealth of the nation and significantly expand the middle-class sector of society. The middle class is expected to enjoy additional income from stock value increases and from dividends paid by the stocks.
Kazakhstan’s Prime Minister Serik Akhmetov has said several major aspects of the People’s IPO program still need to be worked out. However, he stressed that the development of the national stock market would be unthinkable without the involvement of the citizens of the country.
Among the challenges facing the People’s IPO is the fact that the companies directing the issue of shares are state corporations, but have to be managed as private companies that can be listed on the stock exchange. Also, in the 1990’s, during Kazakhstan’s first period of privatisation, the main emphasis was different and directed to attract strategic investors.
“In the sale of shares, we do not pursue the aim to maximise the state’s profit,” Karim Massimov, Kazakhstan’s Prime Minister in 2007-12, said. “We think more about the investor – the citizen and the pension funds. This is a unique opportunity which does not occur often, but sharing of revenues and the establishment of a medium-size investor in the country is very important, not only as an economic, but also as a political and a social aspect of this issue.” 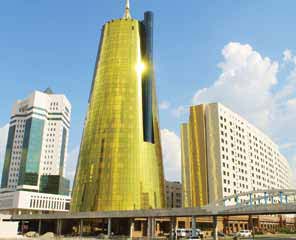 On October 30, the government of Kazakhstan launched the People’s IPO program. “Today, we have launched the People’s IPO program. This decision was preceded by preparatory, organizational, technical and financial work. A wide range of issues with international experts, consultants, banks and financial institutions were discussed. Our people will get an opportunity to direct their savings not only for the purchase of real estate and into banking deposits, but to invest in modern financial institutions.” Prime Minister Serik Akhmetov said on that day.
International analysts believe the People’s IPO will have a positive impact both on the stock market and the overall development of Kazakhstan’s economy. And stock market analysts are optimistic that the initial IPO offerings will boost the KSE’s value significantly through 2012 and into 2013. The “Big Bang” deregulation of the City of London by Prime Minister Margaret Thatcher and her government in 1987 ensured a quarter century of prosperity and growth for Britain. As a young and growing nation with vast natural wealth and resources, Kazakhstan has even more to hope for from the generation that follows its coming wave of IPOs.

Educating a Newly Investing Public
The People’s IPO program offers a unique opportunity to the people of Kazakhstan to invest in the success of the country’s largest and most successful companies. But the organizers of the offering recognize that the public has to be educated about the opportunities and potential pitfalls of investing. 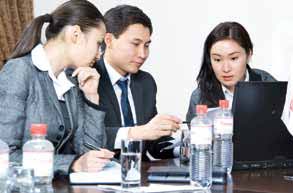 “Our task is, on the one hand, to tell people about the advantages of investing in securities, and on the other, to explain the risks that people can face,” Chingiz Kanapyanov, the deputy chairman of the National Bank’s Committee on the Development of the Regional Financial Centre of Almaty (RFCA) said in an interview.
“An important characteristic of the People’s IPO program is the state’s desire to protect common investors against market fluctuations and other risks. So only the securities of enterprises in which the state owns all the shares or a majority of them are put up for sale,” Kanapyanov said.
Kanapyanov said IPOs there are part of the program and will continue until 2015. They are being launched in a favorable period of economic growth after the national economy has successfully emerged from the global financial crisis and following the slower economic growth in 2008 and 2009. This strengthens the likelihood that the shares would grow in value, he said.
“As a rule, the People’s IPO is issued in favorable economic conditions, rather than during an economic downturn,” the banking expert said. “In Kazakhstan, the IPO is scheduled to be held in the wake of economic growth. Our country has successfully overcome the global financial crisis. The International Monetary Fund (IMF) forecasts the growth of Kazakhstan’s gross domestic product (GDP) in 2012 at about 6 percent. So there is every reason to expect that the shares of high liquidity state companies or of companies with state participation will grow. That, in turn, allows us to predict the growth of the market value of securities and dividends on the shares. Both trends favor the interests of investors in IPOs.” 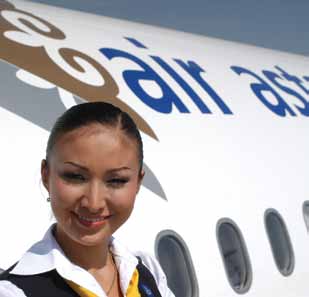 Kanapyanov said larger state enterprises offer more security with their share offerings and first-time investors are advised to start with them before acquiring shares of companies that offer more lucrative returns, but also more potential risk.
“The People’s IPO offerings allow ordinary citizens to become shareholders or part owners of large companies, and to lawfully be engaged in the redistribution of national wealth. This growth in the number of minority shareholders increases the transparency of companies and the level of corporate governance in them,” he said. “Having acquired some skills of investing in less risky securities of quasi-state companies, then IPO holders can start investing in other securities. It may be riskier, but potentially more lucrative.”

“The process of issuing the shares to a wider market will make the public more financially sophisticated and skillful and add liquidity and strength to the national stock market,” the expert added.
“First, the ownership of shares of successful companies gives citizens an opportunity to gain profits from their development and growth through the rise in the price of shares and through the payment of dividends. Second, the People’s IPO contributes to the development of the national stock market,” he said. “The program provides citizens with the opportunity to purchase the shares of leading companies. This expands the range of investors. The increasing demand for shares then leads to the growth of their liquidity, which in turn has a positive impact on the stock market.”
“Third, the state-owned companies can invest the funds attracted through the People’s IPO in their further development, in the acquisition of assets and in modernization and the expansion of production,” he added.
“Our Committee for the RFCA Development has worked to improve the overall financial literacy of the population,” Kanapyanov said. “Investment activity requires some training and understanding,” the financial expert added. “We, therefore, recommend anyone who intends to participate as a private investor in the People’s IPO program to begin preparing ahead of time. They need to get the basic knowledge to study the opportunities and the risks.”
Information about the People’s IPO can be found at www.fingramota.kz, www.profinance.kz, www.kase.kz and www.halyk-ipo.kz.

Kazakhstan’s People’s IPO program is the first major attempt to expand the participation of a large proportion of the population of a Central Asian nation in the free market economy by making widely available ownership in shares of major prosperous national companies.
Martin Hutchinson, a financial columnist for Reuter’s Breaking News and the former senior vice president in charge of derivative operations at Creditanstalt-Bankverein is an expert on emerging markets. He told EdgeKz in an exclusive interview that the strongest element of the People’s IPO was the fact that the companies issuing them would have the option of paying dividends on their profits to the stockholders. “The key factor that will generate secure income for shareholders is the fact that the IPO issues will permit companies to pay dividends,” Hutchinson said. “Paying dividends is a far more secure and attractive form of income in the long run to middle-class investors than rises in share prices.”
The payment of dividends on IPO shares in successful companies “will make the shares much more attractive as long-term assets for retirement and the building up of assets,” the analyst said. “The paying of dividends is attractive to large-scale institutions as a sign of long-term investment stability too.”
During the pre-crisis years, Kazakhstan’s citizens gained some experience with the IPO concept. They were able to purchase some stocks of KazakhTelecom and KMG EP on the stock exchange. The People’s IPO, however, is the first major effort in Central Asia to attempt what British Prime Minister Margaret Thatcher successfully

accomplished in Britain in the 1980s – to attract unprecedented numbers of people into the investment arena and thereby spread and distribute wealth through the free market process on a previously unprecedented scale.
This has the potential to give Kazakhstan the largest and most prosperous property-owning middle class in the history of Central Asia. That in turn would greatly contribute to the long-term stability of Kazakhstan’s society and make far smoother the expansion of democracy in coming generations.
Political analyst Andranik Migranyan has documented that process throughout the past century. He’s found that successful and stable democracies have only been established after long, prosperous and successful periods of capital consolidation and the spreading of wealth and property among a confident middle class.
Hutchinson said that in the long-term, Kazakhstan should also allow foreigners, especially institutions, to invest in their profitable companies as that would encourage an additional lucrative flow of outside investment into the country. “The Kazakhs are much more likely to attract foreign investment capital into their country if they establish a share system in which foreigners can buy. It is much more preferable to attract portfolio investment than private investment into any developing country,” he said.
But with more than $150 billion in foreign direct investment already successfully attracted into the country since independence, it’s easy to see why the government of Kazakhstan is encouraging domestic investment to spread the profits and benefits more widely now. It’s a policy that combines the market with social vision.