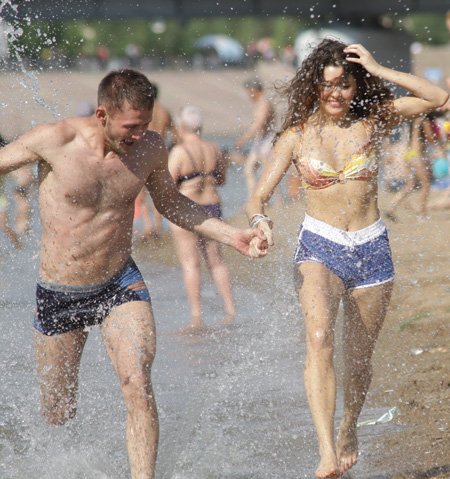 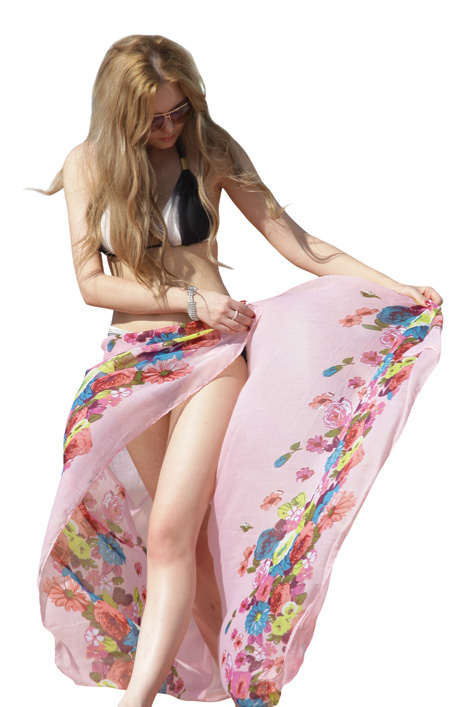 It’s true that Astana is known the world over as the planet’s second coldest capital. Only Ulaanbaatar, Mongolia gives its residents the shivers more than the Kazakh capital. Astana took over that prestigious second place slot from Ottowa, Canada 14 years ago when this city on the steppe was named Kazakhstan’s new government center. Nearly six months a year, the capital is virtually covered with a beautiful – but cold – layer of permafrost with temperatures known to drop to -40 C. A record -51 C was once recorded.  And if you include the wind chill, locals will tell you it gets much colder than that. 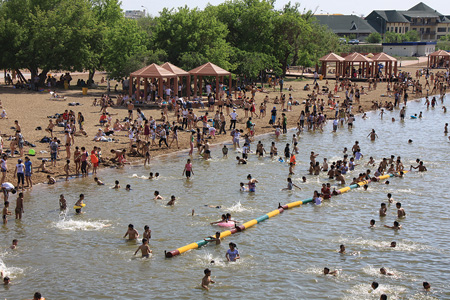 It doesn’t matter that Kazakhstan is also the world’s largest landlocked country and about as far from an ocean as you can get. Officials in Astana have taken care of that. When Astana was transformed into the capital, planners made the Yessil River a centerpiece of the city with a wide promenade, shops and houses along the water – and a beach. In the northern section of Astana beside one of its quaint foot bridges is a sandy area that that is packed every weekend with families, children and Astana’s young and beautiful strutting their bathing suit bodies like it was Rio De Janeiro. So here is a sneak peak of Astana at the beach.Luckily, however, Astana is also known for having an intense weather change between winter and summer. Summer temperatures in Astana often climb into the 20s and 30s and once reached 41.6 C, that’s 114 F. So when summer comes in Astana, people like to hit the beach.