HomeAstanaAstana: City with a Future

Astana: City with a Future 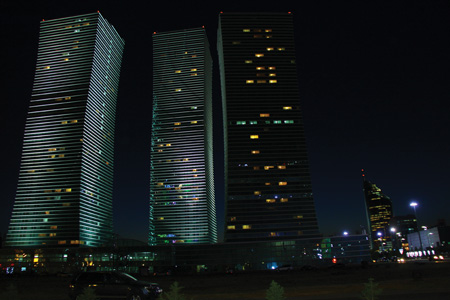 The city of Astana has come a long way over the last 14 years. It has grown from town to city and has been become of the world’s most architecturally interesting urban centers. And on July 6, Astana – the nation’s capital – will celebrate its 14th official year of existence.

What many visitors don’t know, however, is that Astana as a living, developing city is far from complete. The city is developing slowly under master plans drawn up by one of the globe’s most prominent architects and the vast Kazakh steppe you see out your hotel window will soon be filled with parks, homes, businesses and life. To mark the city’s 14th anniversary celebration, EdgeKz looked into Astana’s future and discussed its plans with the capital’s chief planner. And it’s clear that this vibrant metropolis is just getting started.

The View from the Pyramid

The 62-meter-high Palace of Peace and Harmony, also known as the Pyramid of Peace, fascinates thousands of visitors annually with its bold design and vision of a reconciled, peaceful world. However, most of its admirers don’t realize that the Pyramid of Peace is actually the exact center of the city of Astana. The official center of the city is represented by a single point at the bottom of the pyramid.

Like many of Astana’s new public buildings, the Pyramid is spectacularly lit up at night and contains the national opera house, a museum of culture and other unique attractions. In the first decade and a half that Astana has served as the capital of Kazakhstan, however, the Palace of Peace and Harmony has stood alone on the southern bank of the Yessil River surrounded only by flat plains and park land. But in the next phase of Astana’s growth and development, that is going to radically change. The land around the Pyramid of Peace and other previously empty districts are going to buzz with construction workers and machines as the city surges ahead in the next phase of its development.

That development will be a living testimony to the vision of three men: Kazakhstan’s founding President Nursultan Nazarbayev who had the vision to locate a new capital in the heart of the Eurasian steppe embodying the spirit and heritage of the Kazakh people. Kisho Kurokawa, one of the greatest architects of his time and the man who drew up the master plan for the gleaming new city. And Astana’s current chief planner, Vladimir Laptev who’s working to enact those visions while bringing insights of his own to the city’s master plan. 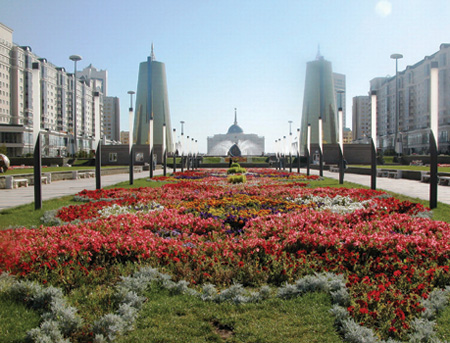 Kurokawa died in 2007 at the age of 73 but his architectural agency continues to work closely with the chief planner, the government of Kazakhstan and the city of Astana in advancing the development plan. For his part, Laptev has embraced Kurokawa’s vision of an aesthetically futuristic city that blends with the four seasons of the year and the changing rhythms of nature. He has given practical guidance to this vision by comparing plans for building up Astana to the plan for the German city of Berlin. Berlin, like Astana, is a city with flowing water and green, leafy parks, sprinkled with woods and forests throughout. This integration of urban and rural, man and nature, East and West in harmony remains central to Astana’s plans and the men who had the vision to bring it forth.

Astana is determined to make the Palace of Peace and Reconciliation the central jewel in a stunning complex that will eventually be filled with equally stunning architecture. This vision grows out of master-architect Kurokawa’s spiritual concepts, Laptev told EdgeKz. Kurokawa said his plans for Astana would provide “a new direction of architectural style that will inspire the visions and perceptions of the 21st century.” Every visitor to Kazakhstan’s amazing new capital will agree with that.

Astana’s chief planner Vladimir Laptev told EdgeKz that what appears to be a stunning but isolated building – the Palace of Peace and Harmony– will soon be on a central square that will serve as the heart of Astana.

To accomplish this, Laptev told EdgeKz the city has a master plan designating the location, design and construction of Astana’s public buildings, educational institutions, sports and tourism complexes, as well as its recreation and transportation centers. That plan calls for the construction of new buildings surrounding not only the Palace of Peace and Harmony, but also revitalization of the area on the north side – or right bank – of the Yessil River where Astana will expand business, trading and information centers, as well as industrial and warehouse facilities, Laptev said.

According to the plan, the Southwest District of Astana would encompass the center of the Olympic complex, the multipurpose Abu Dhabi plaza and the presidential library. It would also include a sports complex, track and 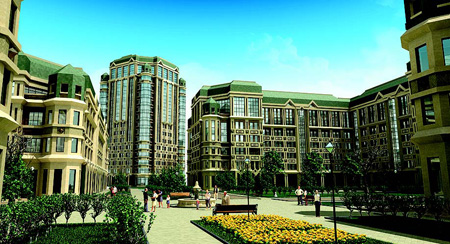 field athletics arena, botanical gardens and an aqua park. The Southwest District will be filled with and shaped by large parks, including lakes for recreation and sporting activities in both winter and summer, as well as the city’s zoo.The Northwest District will continue to be significant to the city’s development with importance being given to the construction of schools. The interaction with nature throughout the city will also be an important component here and will find practical expression through the planting of hundreds of coniferous trees to cushion the sounds of traffic.

The northern area of Astana will continue to be designed around the twin axes of major urban roads into the heart of the city from the Akmolinsky and Pavlodar areas. The north of the city will also contain a modern high-tech industrial park.

Also included in plans for the city’s future center is an area currently slated to incorporate buildings which are planned in the event Astana hosts the international exhibition EXPO 2017, as well as the covered Batygay urban complex which will spread over 154 hectares. Bringing the city of Astana to its full potential is a lifetime of work. But Laptev remains full of energy and optimism and shares the original vision of Nazarbayev and Kurokawa for the future of the country’s capital.
Sidebar

A city’s population is its beating heart and head. But a city’s transportation system, including its network of roads and railways, is its bloodstream carrying all living things to and from their homes and work places.

Even the most beautiful and well-planned urban center will become a dangerous clot of frustration, stress, ill-health and misery if its transportation system is ignored or under-funded. The planners of the city of Astana know that and are determined Kazakhstan’s dazzling new capital will escape that fate.

Astana’s development is being carried out within three major plans. And construction of a state-of-the-art transportation infrastructure is integral to those plans, Vladimir Laptev, Astana’s chief planner and administrator, told EdgeKz. 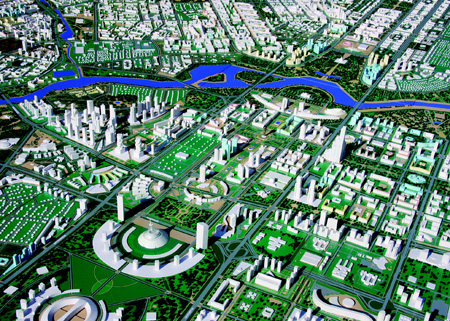 “First, we have developed a plan to guide the contiguity of the development of the city through the creation of new residential areas: second, the construction of a planned, integrated, urban transport infrastructure; and third, the establishment of town-planning regulations to govern and guide the development of the city territories,” Laptev said. “The most interesting part of the master plan is its transport infrastructure,” Laptev continued. “This has to be designed to accommodate a twice-daily pendulum-rhythm migration, or commute, from a 30-kilometer to 60-kilometer zone to allow smooth, convenient journeys for large numbers of workers into the city from the suburbs and satellite complexes where they live. But it must also ensure the convenience and practicality of short-term trips to recreation areas.” 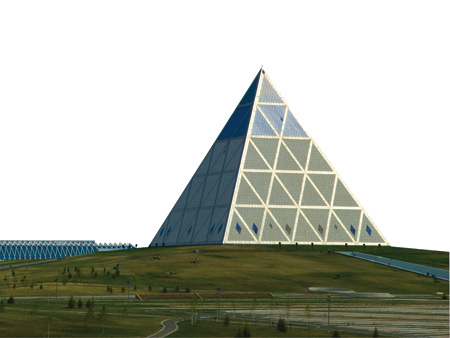 Ereymentausky, Kosshy and Maybalyk. On each of these, Astana is creating systems of three parallel streets. One of them will serve as the central highway carrying public transportation. The other two lanes of each major arterial highway will consist of lateral one-way traffic lanes. The plan also includes the construction of five transfer terminals from public bus routes to easily accessible railway transportation systems. These terminals will also include multilevel parking garages for cars and bicycles.

Much of Astana’s new transportation infrastructure will be focused in its northern districts. This is where major railways will be located to serve both commuter needs and the requirements of a major industrial park. And through it, at least two major highways already drive straight to the heart of the city. These ambitious but practical plans are designed to expand the services and livability of the capital to serve an anticipated population of one million people by 2030.

For individuals, a healthy cardiovascular system is essential for a long and healthy life. Astana’s new transportation system is designed to serve the same purpose and to keep its people healthy and happy and to ensure the city has a long life.