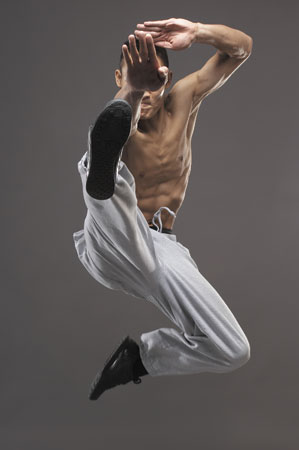 Kazakhstan is a modern, peaceful and peace loving nation. Its more than 130 ethnicities of multiple religions live side by side and its international relationships are equally weighed between East and West. But there was once a less peaceful time across the Eurasian steppe. A time when Kazakh batyrs, or warriors, were forced to defend their motherland against foe after foe as the great open lands were being settled. And it is from those times that sprang Kazakhstan’s own martial arts – zhekpezhek, or One on One.

Through the centuries on the wilds of the steppe, Kazakh men, particularly batyrs, had to learn to defend themselves, their families and their loved ones – not only against invading armies but from internal tribal squabbles. And to spare lives, as well as not lose good fighting men to tribal disputes who could be put to better use defending against invaders, Kazakh tribes came up with a unique way to settle inter-tribal scores – zhekpezhek, which in Kazakh means “one on one.” Why shed the blood of many when a dispute could be settled by a fight between just two men? So a zhekpezhek fight would mean victory or defeat for a whole tribe, while sacrificing only one man. And indeed, these zhekpezhek matches were fights to the death. The weapons to be used would be pre-determined and the batyrs in the fight would do their utmost to kill their opponent, thus sparing the lives of their fellow tribesmen. It required moral and physical courage to go into these one-on-one battles with the weight of your kinsmen on your shoulders.

Though the need for such zhekpezhek matches passed and the practice was deemed too brutal as modern times arrived, the spirit lives in the efforts of modern Kazakh warriors who have revived the ways of their ancestors to bring back this traditional martial art. Minus the to-the-death part.

Today’s ZhekpeZkek
Zhekpezhek is often referred to as the ultimate fighting of Central Asia because it combines elements of wrestling, judo, jiujitsu and kickboxing and because there are few rules. The strongest fighter almost always wins. The basic rules of zhekpezhek are as follows: there are two five-minute rounds in a match. If a winner is not determined after 10 minutes, a third round is added. If there’s still no winner after a third round, the referees decide the outcome of the bout. There are four referees governing the match, including three side referees and one in the ring. There aren’t many rules, but there are a few: no eye-gouging, no elbowing, no knees to the head, no strikes to the back of the head, no hair-pulling and no hits below the belt. Everything else is considered fair game. Fights are held in a ring, usually with helmets and elbow pads, though safety equipment isn’t always used. Zhekpezhek might best be described as a blend of mixed martial arts and the ancient, no-holds-barred Greek Olympic wrestling sport known as pankration. Like other martial arts, it requires lots of training and practice. Bouts usually start with kicking and end up on the mat with fighters wrestling until one brings the other to submission. You’ve got to be tough, patient and wise to win at zhekpezhek. 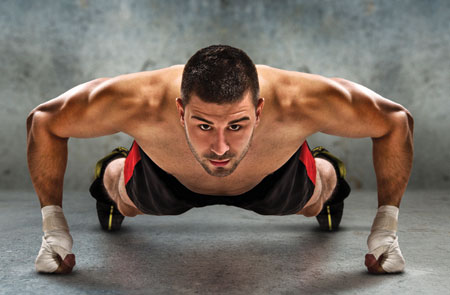 A Modern Revival
The Kazakh ZhekpeZhek Federation was established in 2004 with the help of the government and renowned kick boxing coach, distinguished boxer and former Soviet Union paratrooper karate champion Sabyrzhan Makhmetov, who was named the federation’s first president. The federation was formed to re-introduce the once-popular martial art to a new generation. And so far it’s working. Local and regional municipalities support zhekpezhek training centers across the Kazakh steppe, workouts are free and young kids are joining zhekpezhek programs. Numerous youth tournaments are now held around the country.

More serious adult tournaments are also held annually, including a major tournament held in April in eastern Kazakhstan. The tournament attracted participants from many martial arts disciplines, including judo and jiujitsu, as the flexible, nearly no-holds-barred nature of zhekpezhek accommodates many fighting styles. This flexibility helps the sport capture the interest of a broad range of martial artists. Another tournament was held over the summer in the Almaty region which attracted some of the sport’s greats, including the federation’s current president Yelmurat Kaiypzhanov. So EdgeKz decided to talk to some of these modern day warriors to find out what they and the ancient martial art are all about.

Yelmurat Kaipzhanov, president of the ZhekpeZhek Federation and former international kickboxing champion
As a two-time European kickboxing champion, Asian champion, international champion and Kazakh kickboxing champion, Kaipzhanov is not a person you want to mess with. But that wasn’t always the case. “In school, I was the weakest kid and my peers always mocked me, made fun of me, beat me and tried to extort money out of me,” Kaipzhanov, now 37 years old and living in Astana, told EdgeKz. “I would go home and watch Bruce Lee movies and I would dream about kicking back like him, about fighting back. But every time I faced (the bullies), the same thing would happen and I would get beat up. So I decided to stop dreaming and actually start doing something about it!” 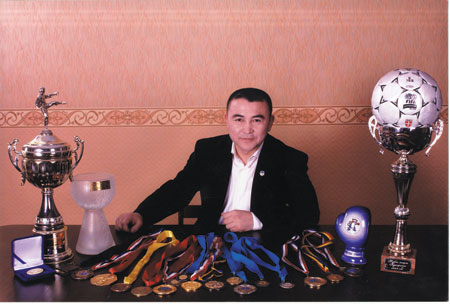 So he began training in various martial arts and quickly realized he had a talent for it. “As I matured and got better and better, my ambitions got larger. I wanted to raise the Kazakh flag over my head and become the world champion.” His hard work paid off and Kaipzhanov became the European champion in 1996 and 1998 and twice waved the Kazakh flag over his head as a champion.

Kaipzhanov’s skills came in handy not only in the ring, but in the streets in the years immediately following Kazakh independence when things weren’t as stable as they are today. “Since then, Kazakhstan has changed a lot. We don’t fight anymore; it is not necessary unless I am in the ring. It’s much safer now in Kazakhstan.” Today, Kaipzhanov focuses on developing and passing zhekpezhek on to the next generation. “I wish the young starting athletes a lot of patience and perseverance. Zhekpezhek is really tough, but we [the federation] do everything to make it as available to the kids as possible, so everyone can train and be proud of this national sport,” he said, adding that he hopes zhekpezhek will become the pride of Kazakhstan similar to judo in Japan or tae kwon do in Korea. “We are planning to make zhekpezhek an international sport, taking it to international-level tournaments and inviting some UFC [Ultimate Fighting Championship] fighters to try and see if they can handle it.”

Aidar Makhmetov, Asian kickboxing champion, three-time world shidokan karate champion and PhD in political science from the University of Cologne
Aidar Makhmetov is another Kazakh batyr who is helping revive zhekpezhek. Makhmetov began practicing traditional judo at the age of nine and fell in love with martial arts. “I don’t know exactly, it feels like the call of the soul,” he said of his attraction to the combat arts. Unfortunately, he dislocated his shoulder nearly eight years into his judo career and had to give up the sport because the moves were too dangerous for his arm. Mixed martial arts were just coming to Kazakhstan at the time and were becoming popular. So he switched sports and took up the ancient Greek Olympic wrestling and combat sport of pankration. “Even Socrates might have been an Olympic champion in pankration,” noted the 33-year-old Astana resident. 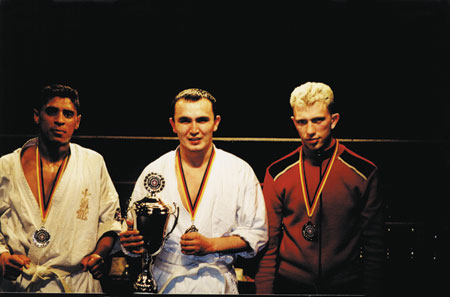 But he didn’t stop there. He also took up kickboxing and by 1998 had become the sport’s Asian champion. And in 2002 and 2003, Makhmetov was the world’s professional shidokan style karate champion, after having held the sport’s amateur world title. He was then invited by the president of the World Karate Federation to represent Kazakhstan in the prestigious Samurai-Grand-Prix in Tokyo. “I always feel proud and excited to represent my country. It was a big honour for me to represent Kazakhstan to the world. To feel my country’s flag on my shoulders after winning the fight was awesome. It was one of the happiest moments in my life!” he told EdgeKz. “It was my big dream to become the world champion… I was really happy to finally achieve my dream.”

When it comes to zhekpezkek, Makhmetov says that it is very similar to other disciplines and that will help increase its
popularity. Makhmetov has been able to enjoy the sport as a result of the training and flexibility gained through his early martial arts training.

But Makhmetov isn’t just a fighter. He holds a PhD in political science from the University of Cologne and is currently the director of the Department of Public Relations for the national Sovereign Wealth Fund Samruk Kazyna, the largest state-owned investment fund in Kazakhstan.

His advice for the country’s next generation of fighters, including Kazakhstan’s new crop of zhekpezhek masters: “Just believe in yourself. You have to have a big dream and you have to put everything you have toward achieving it. It can be difficult along the way. But (the obstacles) can’t break you; they can only make you stronger.”